The 10 most important influences on women’s life

For the ancient Celts, but also for other pre-Christian cultures, the archetype of the feminine was divided into three ages, the Maiden (the Maiden), the Mother (Mother) and the Crone (the Wise Woman), each of which it is marked by certain physical, hormonal and psychological changes.

The age of the Maiden (or child) carries is the age of the innocence, purity, playfulness, lightness, freedom, but also the raw energy and creative potential.
On a personal level is a very important because it is here that we learn what it means to be a woman, a mother, a partner, a friend. It’s at this point of our lives that we develop our beliefs on being a woman and we make choices that will guide our existence.

Let’s see then the 10 most important influences on women’s life.

1. A good girl, a good woman, a good wife, a good mother
The society has taught us that if we had followed the rules, everything would have been OK. For thousands of years, the woman has always set herself aside to serve others: her husband, her children, her family of origin. And then she has always aspired to be first a good girl, then a good woman, a good wife and a good mother, and finally, forgetting herself as a creature of the universe and not a role in a society. The risk of falling into this trap is that we find ourselves living a life that doesn’t belong to us, but molded according to the expectations of others. A sure way to unhappiness.

2. I have to be nice to please others
We got used to make others happy. For more than 2000 years, we have been programmed to live under the radar, so that even now when we command, at work or at home, we tend to do it invisibly as if it was dangerous, it cost us effort, we bring criticism or we did lose the love. “I have to be nice with others to deserve their love.”
Wearing a mask of forced smile, being cute at all costs, is an attitude that does not last long, sooner or later we will end up ruining all our relations (especially the one with ourselves), passing from being nice to be hateful. Isn’t it better to say the truth with kindness and love? The secret is to be kind, not nice.

3. A successful woman scares men
Here’s another belief closely related to the previous one. How many times we as women don’t express our full potential for fear of losing people?
A successful woman breaks the social patterns that would prefer a submissive woman and helpful and reassuring mother.
To give you a concrete idea … research shows that only 56 percent of men and 61 percent of women said that it’s acceptable for a woman to earn more than her partner!
A woman who doesn’t reach her full potential will hardly be a happy companion.

4. A strong, independent woman does not need anyone
For a long time, we were used to think that a strong, independent woman is a woman who can take care of herself, that does not need anyone and that she doesn’t have to ask for help. Don’t get surprised if then men get exactly this message and women are left alone.
And how many times do we feel weak, inadequate, not good enough, wrong, when we cannot reach our goals?
We evolve primarily through our relationships with others: it is also through the relationship with men that we have access to our vast potential as women, but we should give the permission to work together  to ourselves and to men.

5. This promotion is not about me, sooner or later they will realize that I’m not worthy
How often do we belittle and do not recognize our successes and our achievements? Even when others recognize them, we say “Everybody could have done it”, “I did not do anything special” and so on.
Most of the times, women lack of self-confidence and never  up to the task. If we are praised for our results, instead of being gratified, we believe we haven’t done anything special.
When we are given a recognition we think we do not deserve it. When we receive a promotion we are afraid of disappoint.
In order to express our potential we have to learn how to trust in ourselves. If we do not believe in ourselves first, there will be no external recognition able to convince us of our value.

6. I am the only one responsible for the family meals
The constraints that we inherited make us think of being the only one responsible for family meals.
Generally, women satisfy the physical (such as food) and emotional needs of children. It’s been like that for almost all men. That’s why at a subconscious level we keep a similar vision. This does not mean that a man can not make dinner or take care of children, but usually in his perception this is something extra, a gift for the family.
If we want that in the future more and more people find normal washing, ironing, changing diapers, waking up in the middle of the night when the baby cries, it’s up to us as women and mothers who must direct our sons in this way. Only then we will change the cultural stereotypes.
If we want our children (and our daughters!) to have fulfilling relationships in which the support is mutual, we have to lead them by example.

7. This is not my cup of tea
Another typical belief for women is that some subjects or activities are not for them. The number of women enrolled in science, engineering and economic is less than that of men. Research shows, moreover, that on average parents have less expectations of females in subjects like math and engineering, because they consider them “for males.” Girls who internalize this belief actually experience more difficulties in science. It is therefore necessary to pay attention also to the influences that we subconsciously send our children from an early age.

8. If I love myself, I’m selfish
We got used to give priority to others and we feel  guilty when we claim some time for ourselves.
You know when the crew shows safety procedures on the plane? You need to put on the mask first and then assist children and people in need. And so we should do  in our daily  life. Unless we make sure we have enough resources and energy, nobody will do it for us and we will end up being exhausted.

9. A good mother would not do so
Working mothers tend to feel guiltier. They are convinced that their job  steals precious time away from the family.
In 1991, the Early Child Care Research Network has started the largest study ever conducted on the relationship between child care and child development. The results were published in 2006 and showed that there was no difference between children who had been looked after by mothers and those who hadn’t. There was no difference in terms of either cognitive or language skills or social, nor in attitude to create and maintain relationships. There were not differences in the quality of the bond between the child and the mother.
What was important was the positive behavior and the emotional intimacy of the parents. These factors affect the growth of the child between two and three times more than staying at home with mom.
Children need love and need to be taken care of by one or more adults, but not necessarily it has to be the mother. It may be the father, the grandmother, a nanny, a good educator, as long as they care about the child.
Children also need to have parents who give them care, love, time, and attention. But this can happen even if both parents work and are not at home. Even some data suggest that this can contribute to the development of children, especially girls.

10. Our private parts are a dirty place
We are also influenced in relation to our private parts, considered dirty (actually it is a perfect ecosystem).
Our vagina is a sacred place because every month until menopause, renews the rite of the menstrual cycle, the period in which we are more in touch with Mother Earth (in fact it is called time of  the moon in some tribal communities and in France) and in which the female energy is at the highest level.

What do you think about these believes? Share your experience with the BlessYou community leaving a comment below!

If you want to build the life you want and deserve, read A Whole New Life.
You can download the first chapter for free here. 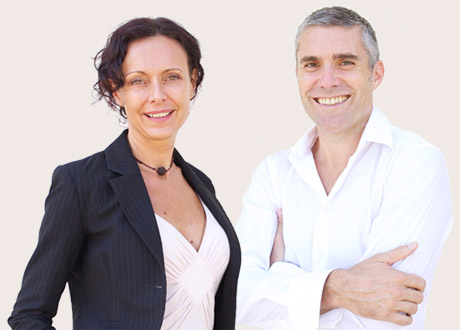